A watercolor painter "of the darndest things", Jean Stull was also an ornithologist and environmentalist, living and working in Pennsylvania in the 20th century.  She is the featured artist for October, in my Woman Artist Series. 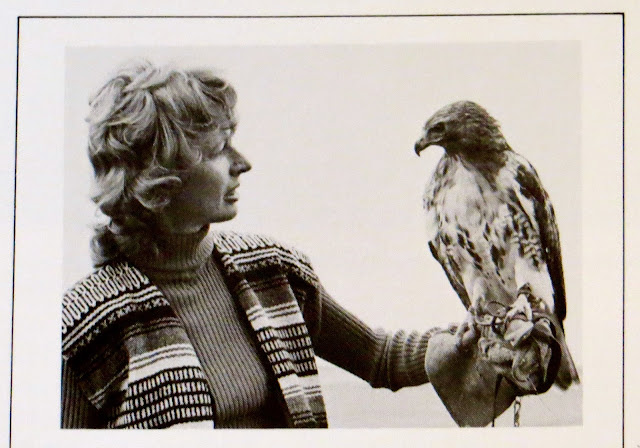 Here are 10 things to know about Jean Stull, along with some of her paintings and images of Jean herself:


2.  A 1946 graduate of Waterford Joint High School, Jean Stull earned a Bachelor of Science degree in Art Education from Edinburg State Teachers College, in 1949.  She did graduate work at Penn State University, and at Palomar College and Mira Costa College, both in southern California.


3.  Jean Stull was a talented watercolorist with a passion for nature.  In the 1960's, she began her career as a professional artist, rendering mainly in watercolors, her impressions of the natural world.  She gained inspiration not only from local sites, but from many travels she took throughout the US, including Alaska and the Pribilof Islands.  She visited Mexico, Belize, Kenya, and most of the Canadian provinces.

Jean never painted anything she hadn't seen herself.  She was a conservationist and watercolorist with a passion for nature.  Painting from personal experience, she made wonderful use of texture in her work. 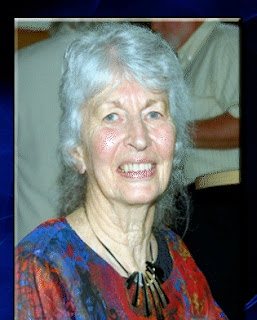 4.  Jean taught art at Fort LeBoeuf High School in Waterford, retiring in 1985 after 31 years, while continuing her career in watercolor painting the entire time.

Being a strong advocate of environmental stewardship and, she strove to draw these qualities from her students.  Throughout her tenure, she also mentored student teachers from Edinburg and Mercyhurst Colleges.

5.  With her husband, James Stull, she began in 1960, banding migrating birds on Presque Isle for the US Fish & Wildlife Service.  This continued for nearly 40 years.

Stull often wore an apron -- she would set the birds in its pockets as she sorted the bands.  If a child was there, she would ask if he wanted to release the bird. 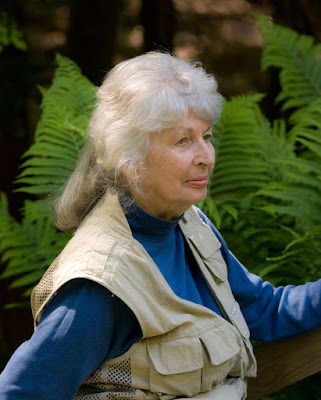 6.  Stull rarely worked on location and never searched for something to paint.  Rather, she would spend every spare hour, walking along the beach or in the woods and fields with her sketchbook.  She would record her thoughts and experiences in the form of notes and sketches.

She said that "although my subjects are ordinary -- a frog, a shell, an insect, a weed -- things looked at often but not really seen -- I feel there is more than just the physical side of a subject."

She was a spokesperson and strong advocate for environmental stewardship and against cruelty to animals of any kind.

8.  Jean was truly a lover of nature and animals.  She was said to have had a soft heart for any creature in need.

In her later work at Presque Isle, she would collect monarch butterflies.  They would land, exhausted, after crossing Lake Erie.  She would find them, completely soaked -- pick them up, put them on her shoulder, and carry them until they dried off. 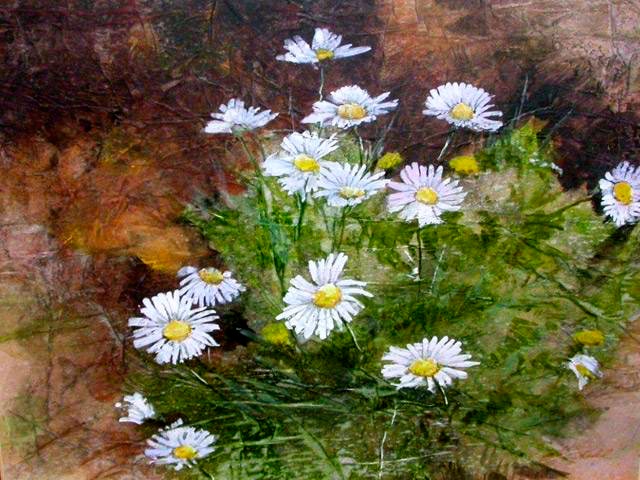 9.  Stull painted intuitively, using only a few colors in each of her paintings.  The texture in her paintings came from wrinkled tissue paper, which she glued onto mat board or illustration board.

It seemed right, she said, that she should paint on a textured surface, since the natural world is textural in every aspect. 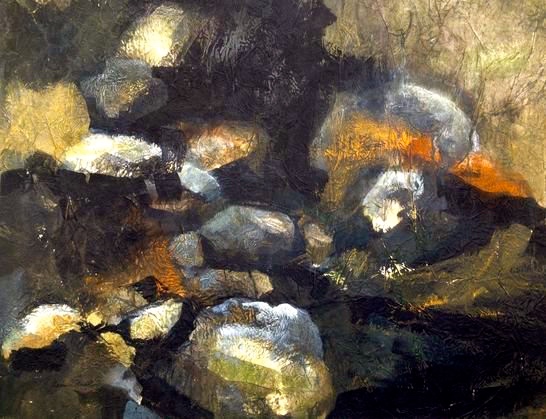 10.  Jean Stull is represented in numerous public and private collections throughout the United States, and was a member of the American Watercolor Society.

She exhibited widely throughout the country -- in at least nine cities -- received numerous awards, and had many solo shows. 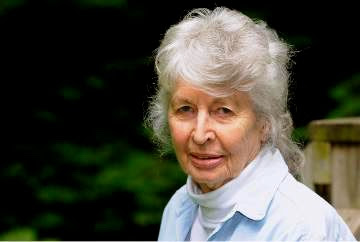 Posted by The Painted Prism at 5:23 PM