If you are going to be anywhere close to Durango in June, come and join me for a fun one-day workshop on the 3rd, here at my house/studio . . . 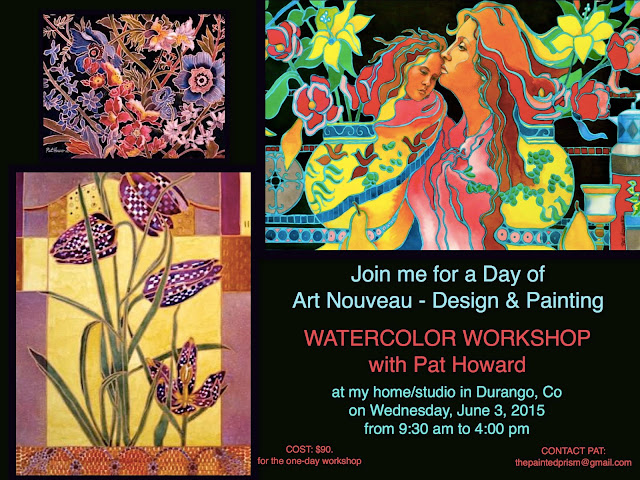 
The foremost Scottish book designer and illustrator of the 20th century, is the featured artist for May, in my Woman Artist Series -- 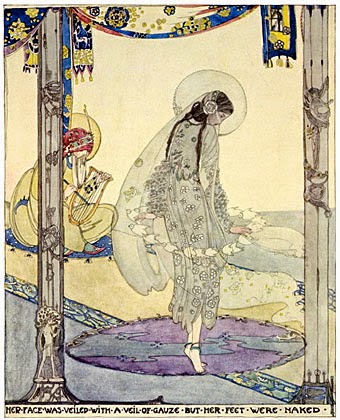 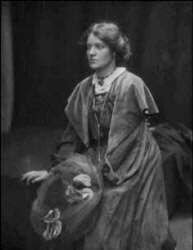 Here are 10 things to know about Jessie M. King, along with examples of her beautiful work, plus images of Jessie, too:

1.  Jessie Marion King was one of the artists known as the Glasgow Girls, who brought influences to both the Art Nouveau and Art Deco Movements, arising from the Glasgow Style.

King was known for her beautiful illustrated children's books, with pen & ink illustrations that follow the Art Nouveau concepts, but she was also a muralist, jewelry designer, costume and fabric designer, and ceramics designer. 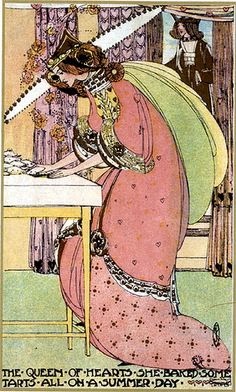 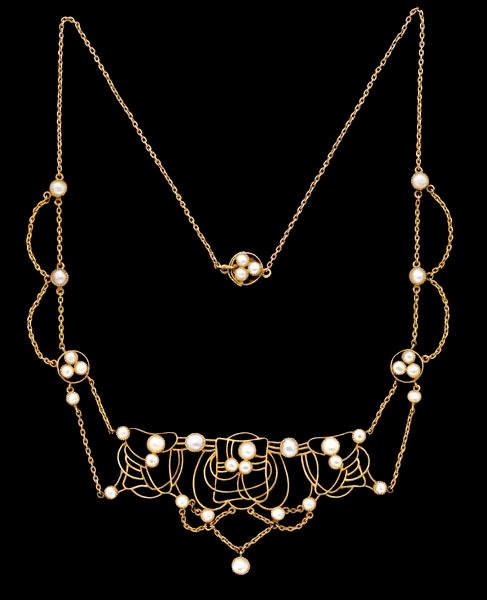 2.  King was born in Bearsden, Scotland, near Glasgow, in 1875 -- the youngest daughter of Rev. James Waters King, a minister with the church of Scotland, and Mary Anne Anderson, a banker's daughter.

She received a strict religious education and was discouraged from becoming an artist.  All of her early signs of creativity were promptly squashed by her father.  When King was very young, she enjoyed drawing at school, but would hide her drawings in the bushes on her way home, for fear that her mother would find them and tear them up. 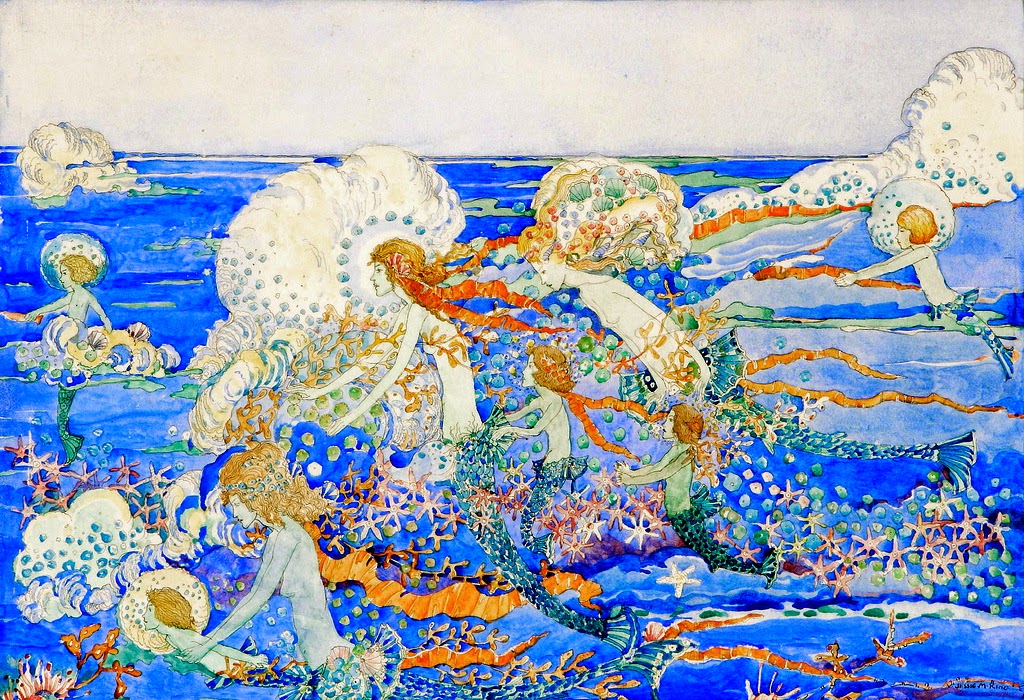 3.  Despite her family's disapproval, Jessie entered the Glasgow School of Art in 1892.  The Glasgow School became the center of the uniquely Scottish form of the Art Nouveau movement.  Europe called it the "Glasgow Style".

GSA was one of the few art institutions at the time that admitted women.  The headmaster there, Francis Newberry, assigned her independent study, which allowed Jessie to develop her own style.

As a student there, she received a number of awards, including her first silver medal, for her "Light of Asia" drawings, from the National Competition in South Kensington, in 1898. 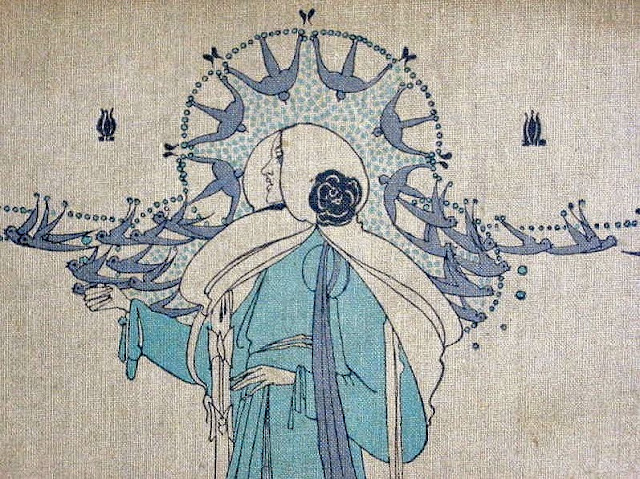 4.  Jessie found success, right out of school in 1899, as a book illustrator, through a series of commissions for a German publisher.  Her long and varied professional career began, when a Berlin department store owner and publisher commissioned her to design a range of items, requesting that they be done in the new "Scottish style".

These were her first published designs -- and some believe her finest.  They included book covers and illustrations published by a subsidiary company of the great Berlin department store, Wertheim's. 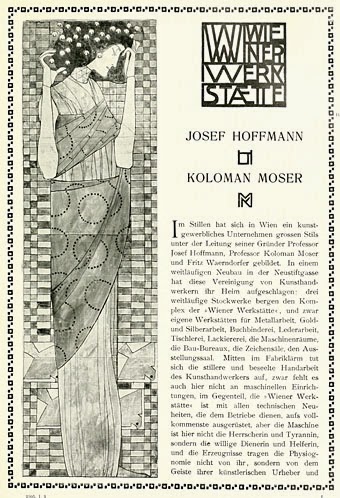 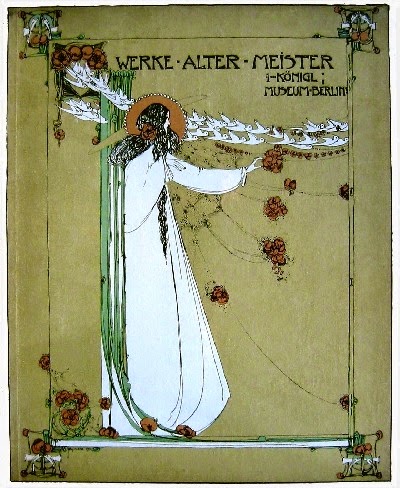 5.  In 1902, the 1st International Exhibition of Modern Decorative Art was held in Turin.  King's binding for L'Evangile de L'Enfance took the Gold Medal, and established herself as the preeminent book illustrator in the Glasgow Movement.

She made a grand tour of Germany, France, and Italy, in 1902, and in Florence, was introduced to and influenced by the works of Botticelli. 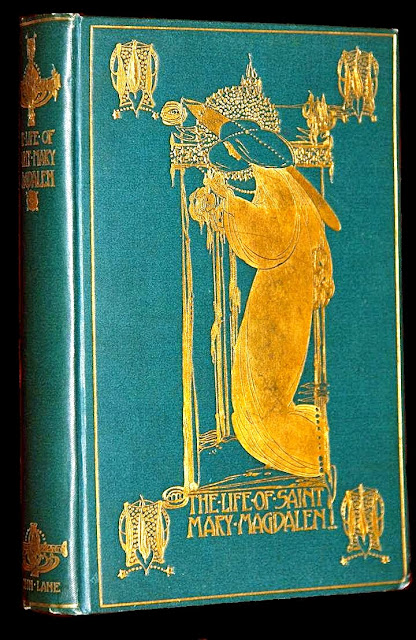 Her popularity brought more commissions for cover designs, illustrations, and exhibitions, as well as work in jewelry, ceramic, and fabric design. 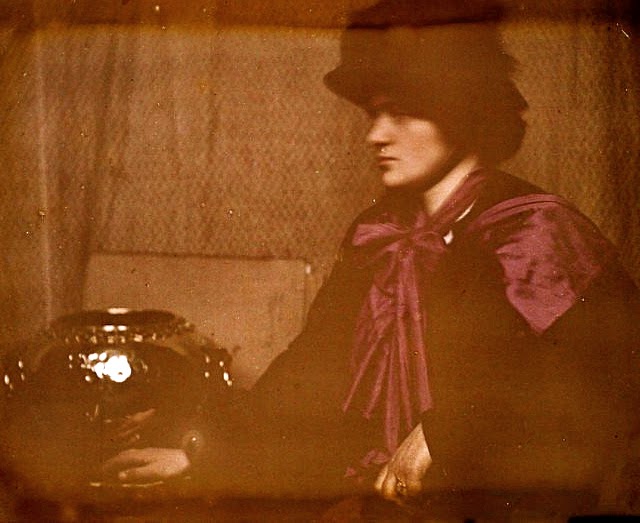 6.  King taught Book Design & Illustration at the Glasgow School of Arts, from 1902-1908, while also embarking on her illustration career.  It was there, at GSA, that she met and married her fellow teacher and artist, E. A. Taylor.

She chose, against the grain, to keep her maiden name.  Their only daughter, Merle, was born in 1909.

7.  In 1910, King and Taylor moved to Paris, where they ran an art school, The Shearling Atelier for Fine & Applied Arts.  They spent their summers on the Isle of Arran, where they also ran a summer sketching school.

King's works in Paris are considered to have been influential to the creation of the Art Deco movement.

The family remained in Paris, running both art schools, until the outbreak of the First World War. 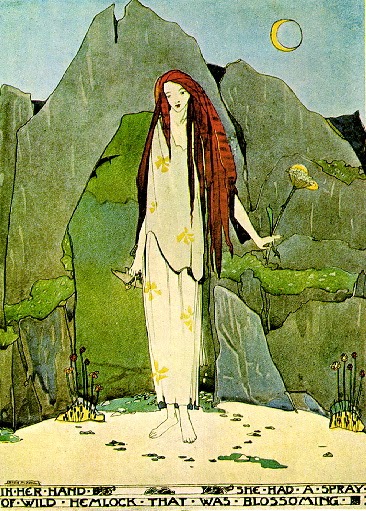 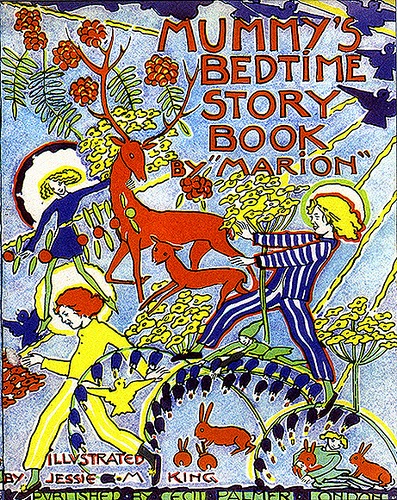 8.  The "Glasgow Style" shaped King's approach to her art -- the consummation of the Arts & Crafts Movement (William Morris) and Art Nouveau (Charles Rennie Mackintosh), with a Scottish bias.  King molded these ideas into her own personal statement, adding romantic overtones to her medieval fantasy illustrations.

Her work, rooted in folklore and fairy tales, was born out of an intensely personal vision.  She was inspired to create unique designs where she did not literally translate the real world.

She played a major part in shaping both the Art Nouveau movement, and later on, the Art Deco movement. 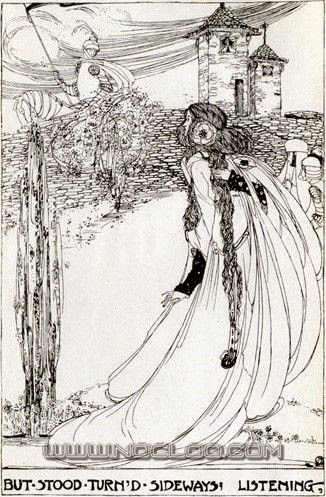 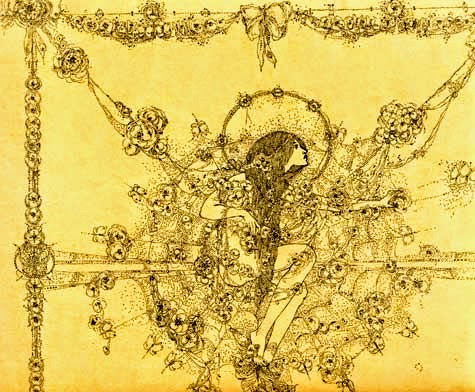 9.  When WWI forced King and Taylor to return home to Scotland, they settled down in the artist community/ fishing village of Kirkcudbright, in 1920.

There, they established Green Gate Close, which soon became an important center for women artists -- with King supporting and inspiring them, while also producing an astonishing amount of beautiful work herself.

It's possible to visit King & Taylor's old home in Kirkcudbright -- which is now The Greengate B&B. 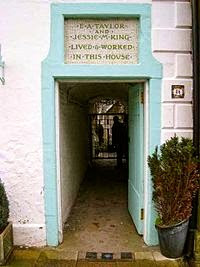 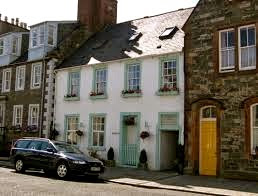 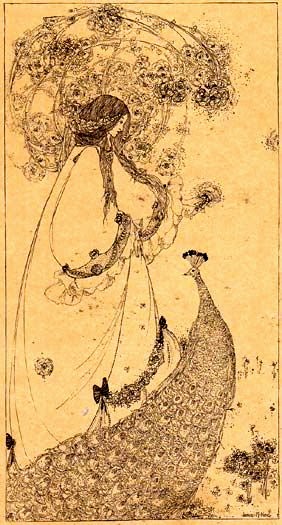 10.  Around this time, King was introduced to the Javanese art form, batik.  She, then, introduced this technique to Scotland in her classes at Green Gate.

This form inspired her to write and illustrate "How Cinderella Was Able to Go to the Ball", in 1924. 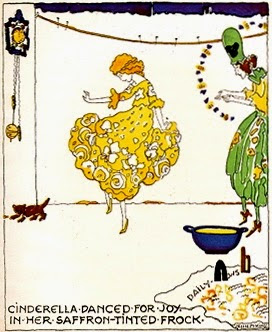 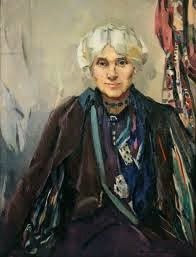 The couple lived and worked in Scotland, for the rest of their lives.  King died on August 3, 1949, at Kirkcudbright. 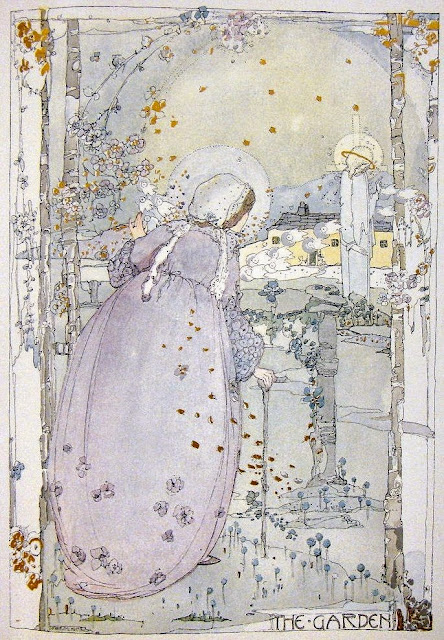 Posted by The Painted Prism at 10:42 AM No comments: