Three of my newest paintings are matted, framed, and ready to hang in Columbine Gallery, in Loveland, Colorado. 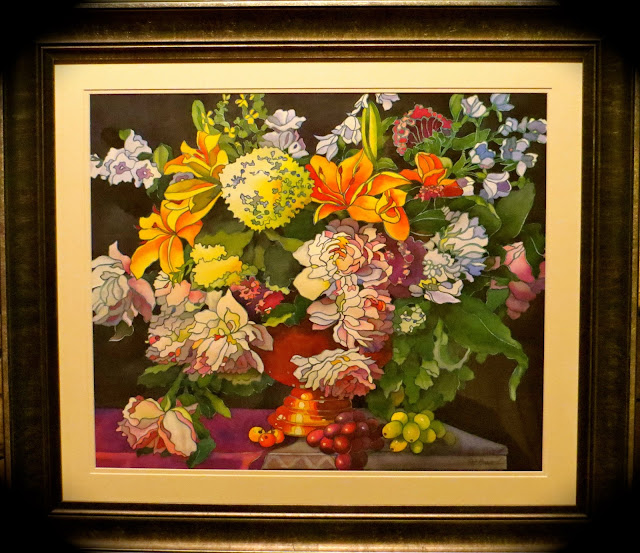 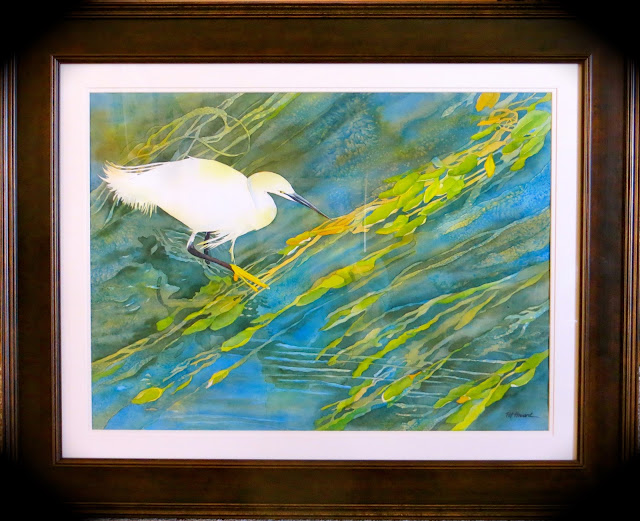 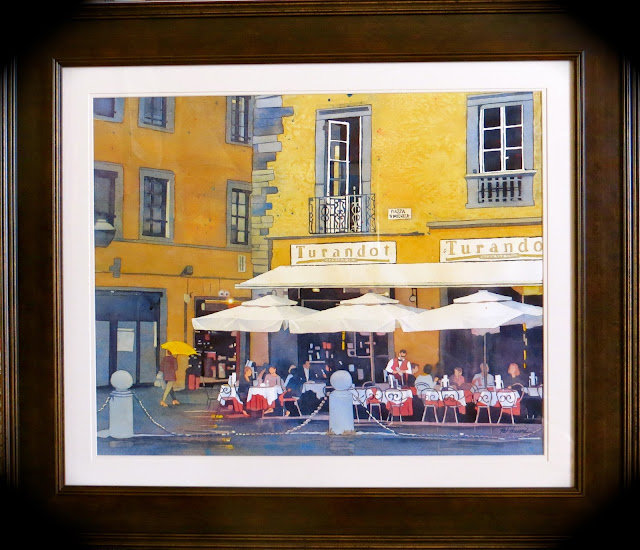 I delivered them to the gallery last week, in time for their upcoming show, that I am honored to be a part of, on August 7-9 . . .


Columbine Gallery will be partnering with the Artist Ambassadors Against Poaching for "A Weekend for Elephants", in conjunction with their Annual Columbine Gallery/National Sculptors Guild Show.

Artist Ambassadors Against Poaching are nine highly acclaimed international artists working to bring awareness to the ongoing poaching crisis in Africa. These nine artists have pledged themselves to helping AWT’s efforts in saving the African Elephant through their art and donations, speaking engagements, museum exhibitions and gallery sales. They work to spread the word about the harm of poaching and to raise funds for African Wildlife Trust. Proceeds from the sale of their artwork will go to benefit the Ivory Orphans’ Sanctuary, Tanzania’s first official refuge for elephant calves orphaned due to poaching. 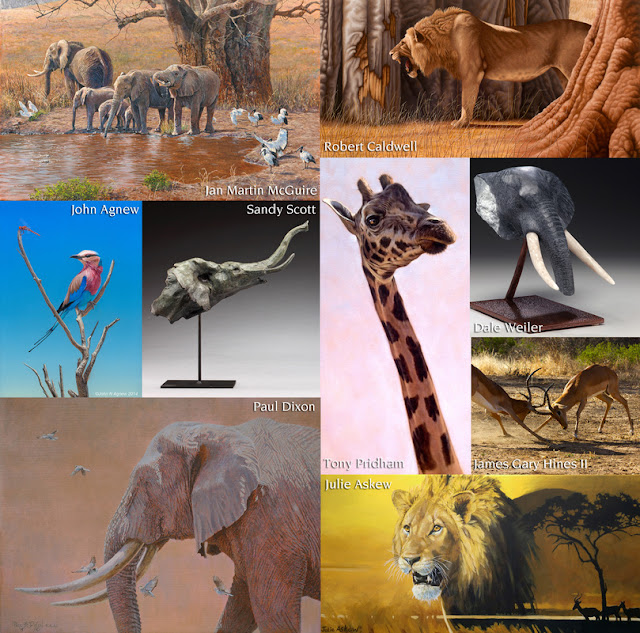 I'm not part of this group, but I admire what they're doing and look forward to being part of this weekend.  I've also chosen one of my pieces at the gallery that, if sold, 10% of the proceeds (5% from the artist and 5% from the Gallery) will be donated to The Ivory Orphans Sanctuary.


A Weekend for Elephants

Sponsored by
the African Wildlife Trust
and
Columbine Gallery

in conjunction with
the National Sculptors' Guild 23rdAnnual Show


I'll be heading back to Loveland next week for the artist reception on Saturday, August 8, from 5-8 pm, and I plan on painting "African Wildflowers" in the Sculpture Garden, on Saturday and Sunday, too.

Of all the Art Deco artists of the 20th century, certainly one of the most memorable and glamorous was Tamara De Lempicka -- the featured artist for July, in my Woman Artist Series. 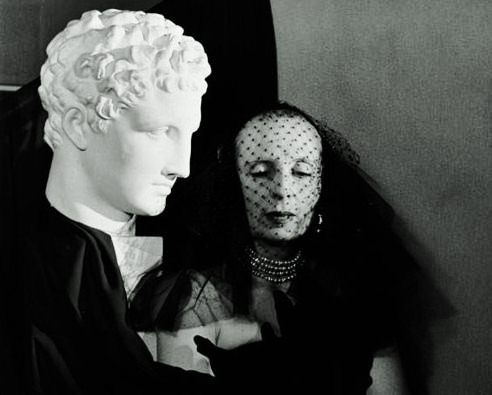 Here are 10 things to know about Tamara De Lempicka, along with photos of her paintings and images of her:

1.  In 1929, Lempicka painted her iconic work, Auto-Portrait (Tamara in the Green Bugatti), for the cover of the German fashion magazine Die Dame.   The painting became famous overnight -- and Tamara with it.  The image has become symbolic of the freedom and decadence associated with the Roaring Twenties in Paris, and is generally considered to epitomize the jazz-age woman.

This self-portrait displays de Lempicka, as a vamp in a green Bugatti, asserting herself and pushing forward through the frame.  The New York Times called her the "steely-eyed goddess of the Machine Age". 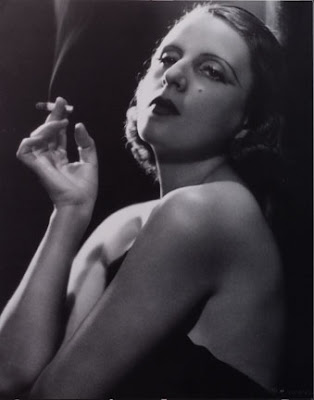 2.  She was born Tamara Maria Gorska of in turn-of-the-century Warsaw, Poland, in 1898, into a wealthy and prominent family.  When her parents divorced in 1912, her wealthy grandmother spoiled her with clothes and travel.

By age 14, she was attending school in Lausanne, Switzerland.  Tamara vacationed in St. Petersburg with her Aunt Stephanie and her millionaire banker uncle.

3.  In 1914, soon after Russia and Germany declared war, she fell in love with the handsome lawyer and well-known ladies' man, Tadeusz Lempicki.  Two years later they were married in fashionable St. Petersburg.  Her new husband had no money of his own, so her banker uncle provided the dowry.

In 1917, during the Russian Revolution, Tadeusz was arrested in the dead of the night by the Bolsheviks. Tamara searched the prisons for him, and after several weeks, using her good looks to charm and gain favors from the necessary officials, she secured his release. 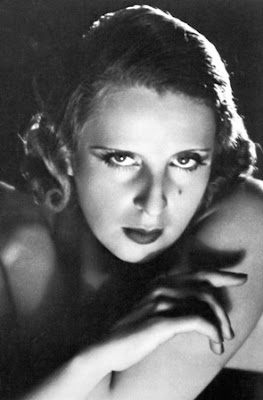 The couple traveled to Copenhagen, then to London, and finally to Paris -- and that is where the story of Tamara De Lempicka's fantastic life really begins.

4.  In 1920, their daughter, Kizette, was born.  Obsessed with her work and her social life, Lempicka neglected her husband (who refused to work), and rarely saw her daughter.  When Kizette was not away at boarding school, in France or England, the girl was often with her grandmother, Malvina.  When Lempicka told her mother and daughter that she wouldn't be returning from America for Christmas, in 1929, Malvina was so angry that she burned Lempicka's enormous collection of designer hats. 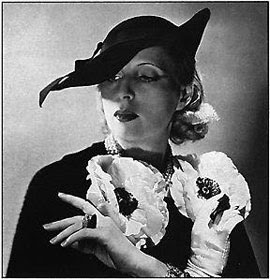 Kizette may have been neglected, but she was also immortalized.  Lempicka painted her only child repeatedly, leaving a striking portrait series:  Kizette in Pink, 1926; Kizette on the Balcony, 1927; Kizette Sleeping, 1934; Portrait of Baroness Kizette, 1954.  In other paintings, the women depicted tended to resemble Kizette.

In 1927, her painting Kizette on the Balcony won first prize at the Exposition Internationale des Beaux-Arts in Bordeaux.

It's said that Lempicka pretended for years that her daughter was her sister, so she could fib about her own age.

5.  Tamara arrived in Paris in 1918, in difficult circumstances.  She was only twenty, and her husband had no position.  In Paris, the Lempickas lived for awhile from the sale of family jewels.  Tadeusz was unwilling or unable to find suitable work, which added to the domestic strain.  But, she had lost none of her remarkable energy.  She decided to continue the art studies she had interrupted in St. Petersburg.  Tamara studied art, and worked day and night.

Tamara first studied at the Academie Ranson with French Post-Impressionist painter, Maurice Denis -- who stressed the importance of graphic art and design within painting.  Andre Lhote, another mentor for Lempicka, had the most significant influence upon her Art Deco style.  Lempicka discovered everything she needed for her art in Paris -- Italian masterpieces in the Louvre, Modernism, Art Deco, and ritzy fashion. 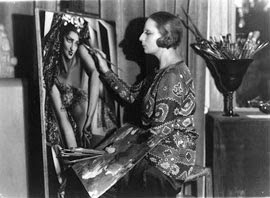 These were the years, between the 1920's and 1930's, of Lempicka's greatest success.  This is when she produced her most critically praised and notorious works.  The Museum of Nantes acquired her Kizette in Pink, and a number of rich collectors commissioned portraits.  She exhibited in the major salons from 1923, and American museums started buying her work in the early 1930's.
For her first major show, in Milan, Italy in 1925, Lempicka painted 28 new works in six months.  This solo exhibition established her reputation as a portraitist of smart society.

She became a well-known, much sought-after portrait painter with a distinctive Art Deco style.  She painted the portraits of the rich, the elite, and the famous, in a style that made her both famous and commercially successful. 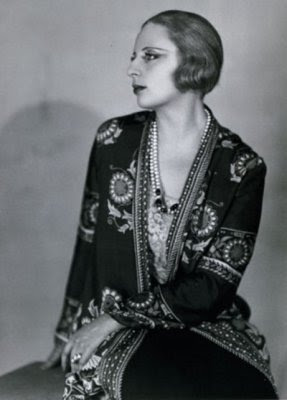 The 1920's was a period of both social and economic transition in Paris and beyond, and this revealed itself in the work of de Lempicka and her contemporaries.  Whether she was an Art Deco artist, a Neoclassicist, or post-Cubist, de Lempicka ultimately struck a chord with a cosmopolitan public that found its own image reflected within her work.

Not only did she paint portraits of modern women, she lived like one herself.  De Lempicka is a woman whose work is often inseparable with her life.  Success gave her wings, encouraging her to work and exhibit tirelessly.  She painted portraits of writers, entertainers, artists, scientists, industrialists, and many of Eastern Europe's exiled nobility.

By now, she had found a certain signature style.  Lempicka frequently used a diagonal composition that seemed to squeeze the subject into the picture plane.  Other signature features include firm flesh, stylish hair and clothing, and vivid color accents. By the late twenties, art and fashion journals had carried Lempicka's fame across the Atlantic.  She was asked to come to New York to do several portraits.  Her work brought her critical acclaim, social celebrity, and considerable wealth.  During the 1930's, a de Lempicka portrait was considered the height of style in New York and Hollywood. 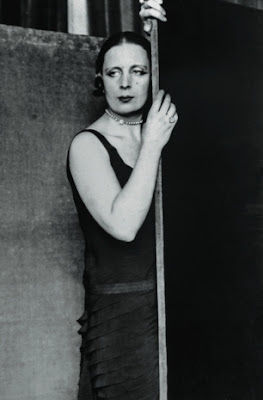 7.  In Paris during the Roaring Twenties, Tamara de Lempicka became part of the bohemian lifestyle.  Her affairs with both men and women were conducted in ways that were considered scandalous at the time.

She revelled in her own success, enjoying high society, decadent living, and passionate love affairs.  Her art and her name have become synonymous with the hedonistic lifestyle of the Roaring Twenties and the Art Deco movement.

Her husband eventually tired of their arrangement and abandoned her in 1927.  They were divorced in 1931.

8.  In 1928, one of her earliest and wealthiest patrons, the Baron Raoul Kuffner, visited her studio and commissioned her to paint his mistress.  Lempicka finished the portrait, then took the mistress' place in the Baron's life.  Her social position was cemented when she married the Baron in 1934, in Zurich.  She repaid him by convincing him to sell many of his estates in Eastern Europe and move his money to Switzerland, since she saw the coming of World War II from a long way off.

In 1939, before WW II broke out, Lempicka and Kuffner emigrated to America and settled in Beverly Hills, CA, where they leased director King Vidor's former home.  Tamara cultivated a Garboesque manner.  The Baroness would visit the Hollywood stars on their studio sets, such as Tyrone Power and Walter Pidgeon, and they would come to her studio to see her at work.  She did war relief work, and she managed to get Kizette out of Nazi-occupied Paris, via Lisbon, in 1941. 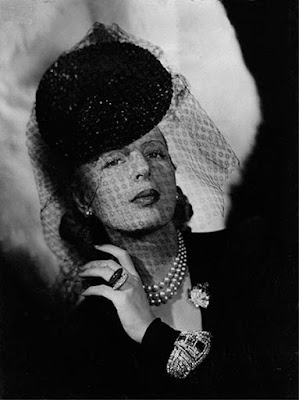 They later settled in a palatial duplex on New York's 5th Avenue, in 1943.  Lempicka took to Manhattan with glee, getting her name in all the gossip columns as the "Baroness with the Brush".

For awhile, Tamara continued to paint in her trademark style, although her range of subject matter changed to include still lives and abstracts.  But, she could not recapture her earlier success.  As her production slowed, she disappeared from the art world for nearly 20 years. 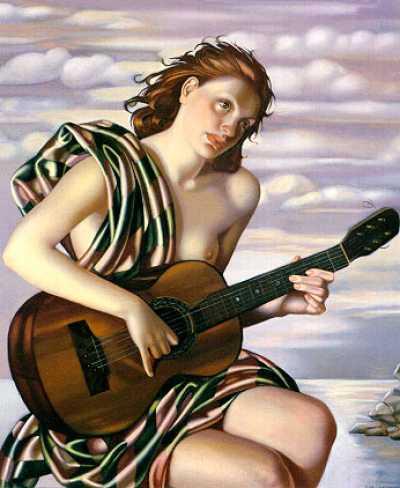 9.  After Baron Kuffner's sudden death of a heart attack in 1962, she sold most of her possessions and made three around-the-world trips by ship.  Finally, Lempicka moved to Houston, Texas, to be with Kizette and her family.  There, she began her difficult and disagreeable later years.

She continued to paint, but the advent of Abstract Expressionism and her advancing age halted her career in the 1950's and 1960's.  Somewhat forgotten, her work ignored, she stored her canvases, new and old, in an attic and a warehouse -- and, unfortunately never exhibited again.

In 1978, she moved to the little town of Cuernavaca, Mexico, permanently, to live among an aging international set and some of the younger aristocrats.  She mourned the loss of her beauty and was cantankerous to the end.

Tamara de Lempicka died in her sleep 1980, in Cuernavaca, at the age of 81, with her daughter Kizette at her side.  Her wish to be cremated and have her ashes spread on the top of the volcano Popocatepetl was carried out. 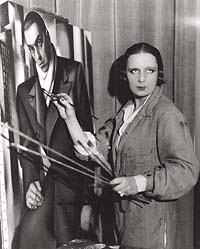 10.  Lempicka lived long enough for the wheel of fashion to turn a full circle.  As Art Deco and figurative painting came into favor again, she was rediscovered by the art world; and, before she died, a new generation had discovered her art and greeted it with enthusiasm.  A retrospective in 1973 drew positive reviews.

At the time of her death, her Art Deco paintings were being shown and purchased once again.

American singer and actress, Madonna, is an admirer and collector of Lempicka's work.  She has featured Tamara's paintings in her music videos, and has also used paintings by Lempicka on the sets of her world tours. 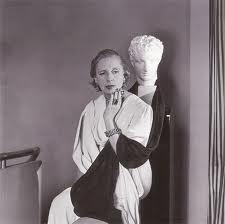 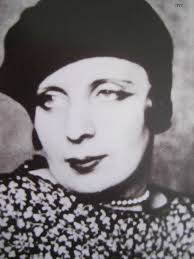